Why Copper Is Good At Killing Viruses

When researchers reported last month that the novel coronavirus causing the COVID-19 pandemic survives for days on glass and stainless steel but dies within hours after landing on copper, the only thing that surprised Bill Keevil was that the pathogen lasted so long on copper.

Keevil, a microbiology researcher at the University of Southampton (U.K.), has studied the antimicrobial effects of copper for more than two decades. He has watched in his laboratory as the simple metal slew one bad bug after another. He began with the bacteria that causes Legionnaire’s Disease and then turned to drug-resistant killer infections like Methicillin-resistant Staphylococcus aureus (MRSA). He tested viruses that caused worldwide health scares such as Middle East Respiratory Syndrome (MERS) and the Swine Flu (H1N1) pandemic of 2009. In each case, copper contact killed the pathogen within minutes. “It just blew it apart,” he says.

In 2015, Keevil turned his attention to Coronavirus 229E, a relative of the COVID-19 virus that causes the common cold and pneumonia. Once again, copper zapped the virus within minutes while it remained infectious for five days on surfaces such as stainless steel or glass.

“One of the ironies is, people [install] stainless steel because it seems clean and in a way, it is,” he says, noting the material’s ubiquity in public places. “But then the argument is how often do you clean? We don’t clean often enough.” Copper, by contrast, disinfects merely by being there.

Keevil’s work is a modern confirmation of an ancient remedy. For thousands of years, long before they knew about germs or viruses, people have known of copper’s disinfectant powers. “Copper is truly a gift from Mother Nature in that the human race has been using it for over eight millennia,” says Michael G. Schmidt, a professor of microbiology and immunology at the Medical University of South Carolina who researches copper in healthcare settings.

The first recorded use of copper as an infection-killing agent comes from Smith’s Papyrus, the oldest-known medical document in history. The information therein has been ascribed to an Egyptian doctor circa 1700 B.C. but is based on information that dates back as far as 3200 B.C. Egyptians designated the ankh symbol, representing eternal life, to denote copper in hieroglyphs.

As far back as 1,600 B.C., the Chinese used copper coins as medication to treat heart and stomach pain as well as bladder diseases. The sea-faring Phoenicians inserted shavings from their bronze swords into battle wounds to prevent infection. For thousands of years, women have known that their children didn’t get diarrhea as frequently when they drank from copper vessels and passed on this knowledge to subsequent generations. “You don’t need a medical degree to diagnose diarrhea,” Schmidt says.

And copper’s power lasts. Keevil’s team checked the old railings at New York City’s Grand Central Terminal a few years ago. “The copper is still working just like it did the day it was put in over 100 years ago,” he says. “This stuff is durable and the anti-microbial effect doesn’t go away.” 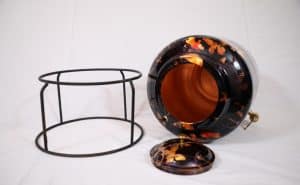 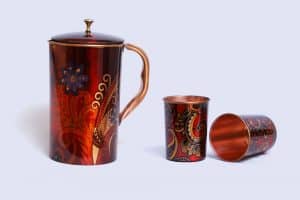 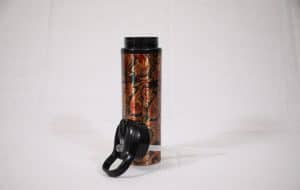 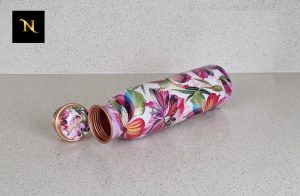 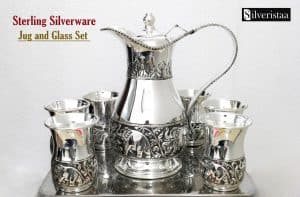 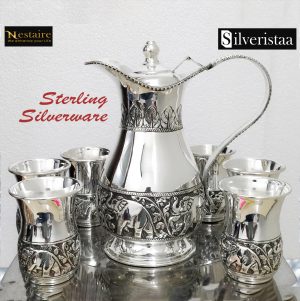 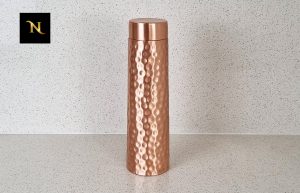 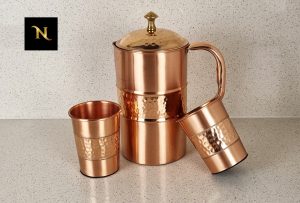 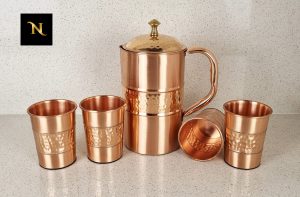 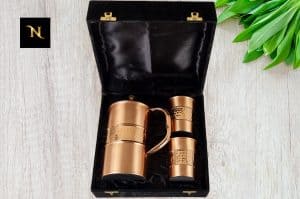 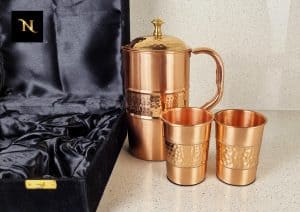 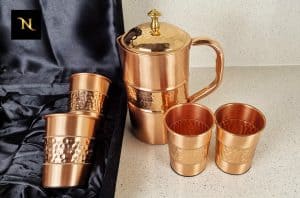 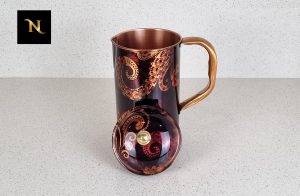 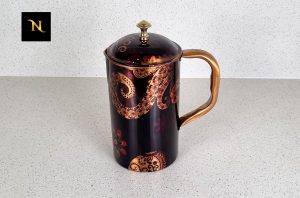 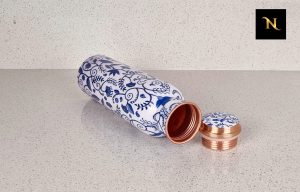 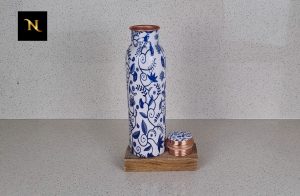 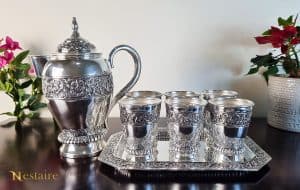 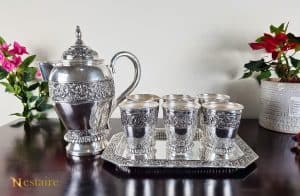 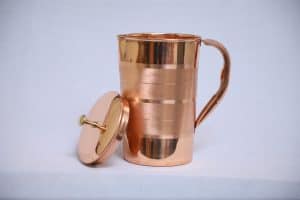 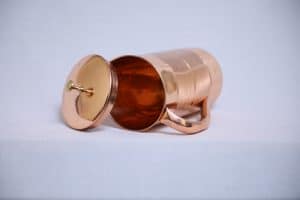 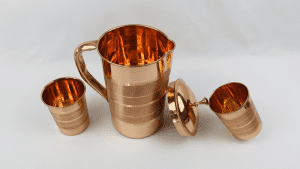 Long-Lasting Power – What the ancients knew, modern scientists and organizations such as the Environmental Protection Agency have confirmed. The EPA has registered about 400 copper surfaces as antimicrobial. But how exactly does it work?

Heavy metals including gold and silver are antibacterial, but copper’s specific atomic makeup gives it extra killing power, Keevil says. Copper has a free electron in its outer orbital shell of electrons that easily takes part in oxidation-reduction reactions (which also makes the metal a good conductor). As a result, Schmidt says, it becomes a “molecular oxygen grenade.” Silver and gold don’t have the free electron, so they are less reactive.

Copper kills in other ways as well, according to Keevil, who has published papers on the effect. When a microbe lands on copper, ions blast the pathogen like an onslaught of missiles, preventing cell respiration and punching holes in the cell membrane or viral coating and creating free radicals that accelerate the kill, especially on dry surfaces. Most importantly, the ions seek and destroy the DNA and RNA inside a bacteria or virus, preventing the mutations that create drug-resistant superbugs. “The properties never wear off, even if it tarnishes,” Schmidt says.

Schmidt has focused his research on the question of whether using copper alloys in often-touched surfaces reduces hospital infections. On any given day, about one in 31 hospital patients has at least one healthcare-associated infection, according to the Centers for Disease Control, costing as much as $50,000 per patient. Schmidt’s landmark study, funded by the Department of Defense, looked at copper alloys on surfaces including bedside rails, tray tables, intravenous poles, and chair armrests at three hospitals around the country. That 43-month investigation revealed a 58 percent infection reduction compared to routine infection protocols.

Further research stalled when the DOD focused on the Zika epidemic, so Schmidt turned his attention to working with a manufacturer that created a copper hospital bed. A two-year study published earlier this year compared beds in an intensive care unit with plastic surfaces and those with copper. Bed rails on the plastic surfaces exceeded the accepted risk standards in nearly 90 percent of the samples, while the rails on the copper bed exceeded those standards on only 9 percent. “We again demonstrated in spades that copper can keep the built environment clean from microorganisms,” he says.

Schmidt is also a co-author of an 18-month study led by Shannon Hinsa-Leasure, an environmental microbiologist at Grinnell College, that compared the bacterial abundance in occupied and unoccupied rooms at Grinnell Regional Medical Center’s 49-bed rural hospital. Again, copper reduced bacterial numbers. “If you’re using a copper alloy that’s always working,” Hinsa-Leasure says, “you still need to clean the environment, but you have something in place that’s working all the time (to disinfect) as well.”

Keevil and Schmidt have found that installing copper on just 10 percent of surfaces would prevent infections and save $1,176 a day (comparing the reduced cost of treating infections to the cost of installing copper). Yet hospitals have been slow to respond. “I’ve been surprised how slow it has been to be taken up by hospitals,” Hinsa-Leasure adds. “A lot of it has to do with our healthcare system and funding to hospitals, which is very tight. When our hospital redid our emergency room, we installed copper alloys in key places. So it makes a lot of sense when you’re doing a renovation or building something that’s new. It’s more expensive if you’re just changing something that you already have.”

The Sentara Hospital system in North Carolina and Virginia made copper-impregnated surfaces the standard across 13 hospitals in 2017 for overbed tables and bed rails after a 2016 clinical trial at a Virginia Beach hospital reported a 78 percent reduction in drug-resistant organisms. Using technology pioneered in Israel, the hospital has also moved to copper-infused bedding. Keevil says France and Poland are beginning to put copper alloys in hospitals. In Peru and Chile, which produce copper, it’s being used in hospitals and the public transit systems. “So it’s going around the world, but it still hasn’t taken off,” he says.

If copper kills COVID-19, should you periodically roll a few pennies and nickels around in your hands? Stick with water, soap, and sanitizer. “You never know how many viruses are affiliated with the hand, so it may not completely get them all,” Schmidt says. “It will only be a guess if copper will completely protect.” 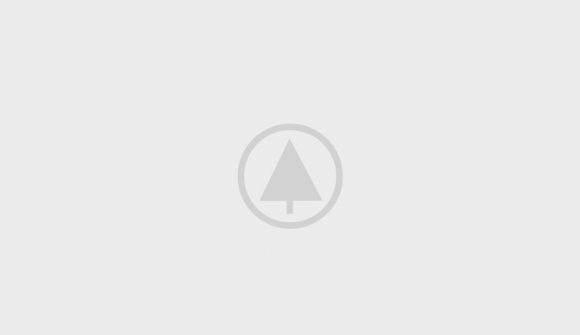 Newer Is Copper effective against COVID -19? Yes it kills the virus within 4 hours.
Back to list

From the comforts of your home

For your peace of mind